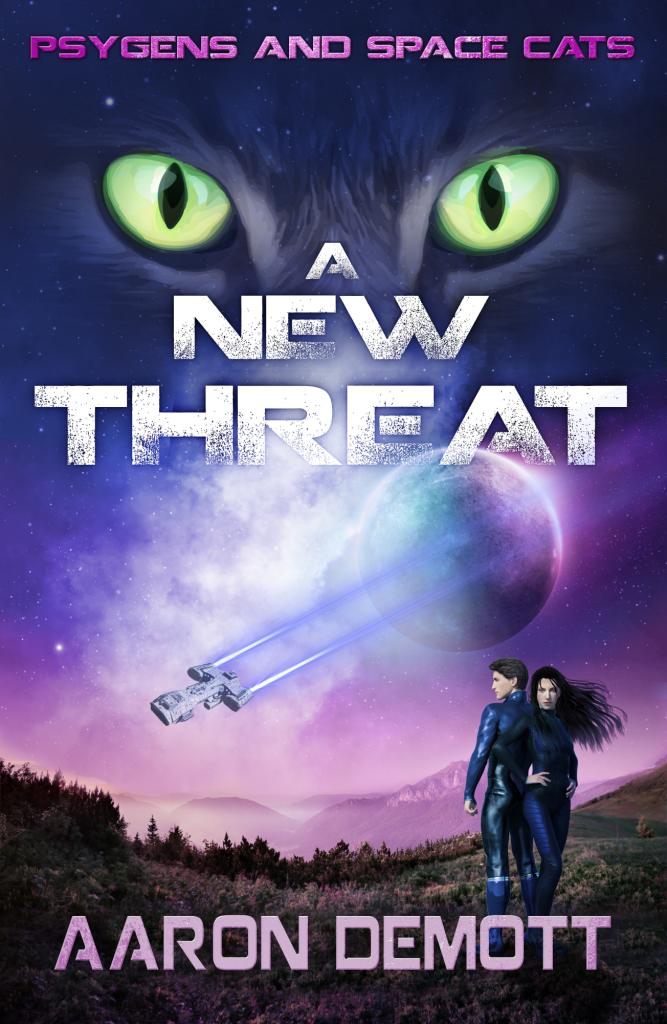 After a long wait, A New Threat is once again available to read!

It’s been a while, but A New Threat now has a shiny new cover, a new series name (Psygens and Space Cats), and is freshly edited.

You can read it free today on Kindle Unlimited, or buy it for only 99 cents for a limited time launch special.