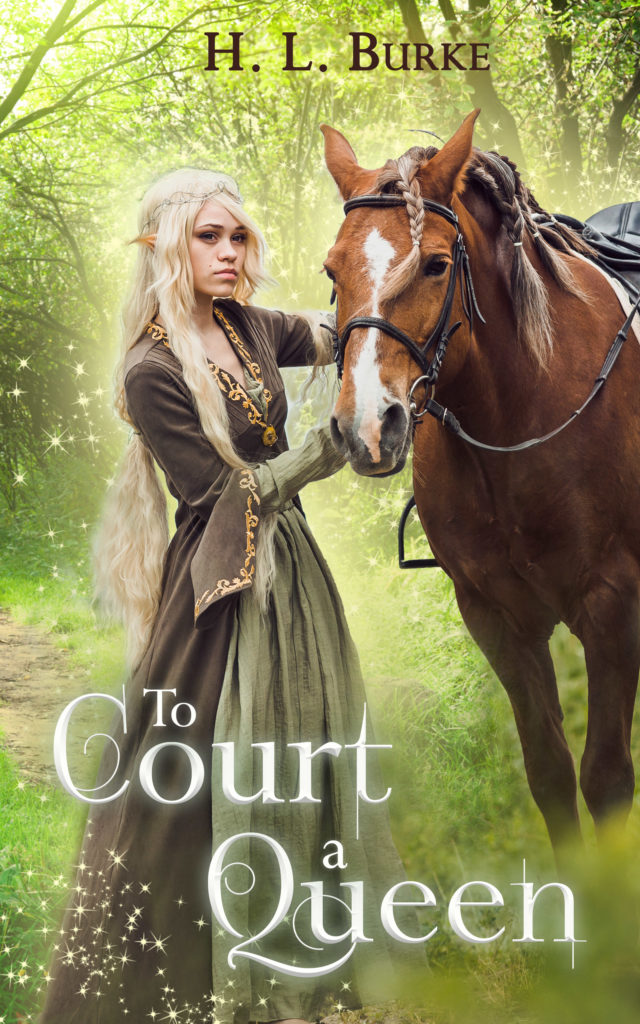 A friend of mine is launching a new book. If you like elves, snark, or light romance, check it out.

I was lucky enough to get to beta-read this. Here’s my un-biased review:

First, from the “back of the book”:

He doesn’t want to get married, but he wants to be a frog even less.

Knight errant, Devin, takes a shortcut through the woods, only to be captured by fairy forces. The fairy queen has run out of breathing males to fight for her hand, and Devin, while not ideal fairy stock, is breathing—for now.

Telling a vain fairy queen you’d rather not be her one true love is a ticket to life on a lilypad, so the knight agrees to face three challenges to win Queen Agalea’s hand. When a clever servant girl offers to help him navigate the trials in order to stop the constant bloodshed of the courtship ritual, Devin jumps at the chance. However, as he balances “flirting” with his “beloved” and overcoming tasks specifically designed to kill him, he finds his heart drawn to his new partner in survival.

I really enjoyed this book. My main complaint would be that it’s too short 😉

The characters are the biggest draw here. Devin is snarky and sarcastic. He’s a bit of a rogue, but he’s got a good heart. Sevine is just adorable. She’s sweet, kind, and rolls with Devin’s humor. And you keep hoping a house falls on the queen…

This story is more of a sweet magical romance than epic fantasy, but if you like either you’ll love this book.

Interview with the Author:

So, tell me about yourself.

I’m a military spouse, mother of two super-hero princesses (though one is tending towards super-villain lately. I’ve got my eye on her.), servant to a Majestic Tiger Beast (cat) named Bruce Wayne, and sometimes dragon keeper. Oh, and I write snarky fantasy books … also I replaced my blood with coffee ages ago and I think this may have given me super powers.

Yeah, yeah, whatever. Bruce is the real author of all these books, and you’re just his spokes-human, right?

A Cat Is The Best

And when I say the best I

Oh food in my bowl

How you please me forever

Your lap is mine now

I have claimed it forever for me

You cannot stand up.

So as you can see, Bruce is just too good at what he does to bother doing what I do.

Tell us about your writing process? 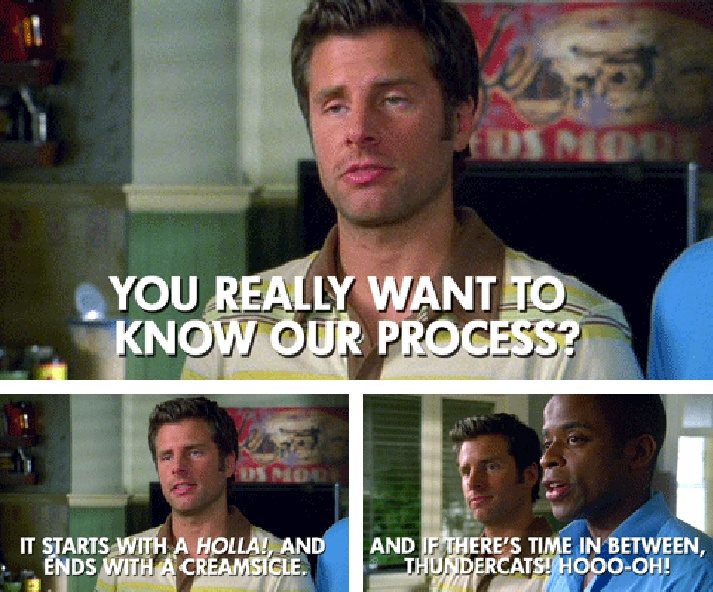 (No, really, she replied with: (meme attached) )

What’s your favorite of the books you’ve written, and why?

The last one. It’s shiniest … until I get a new idea. That one will be shinier. Except when I get in a nostalgic mood and want to think about one of my older books, then it will be that book … so depends on my mood?

I think of all of them, I return to Spellsmith & Carver (especially the third) the most frequently, but that’s just because I wrote Jericho Carver a LOT like my husband, and I’m in love with him.

Are there any Easter-eggs that you try to sneak into all of your books?

Short answer: No. I’m too inconsistent to do the same thing in ALL of my books. That would need to be planned. I don’t plan things. I do things when they occur to me as they occur to me, and then they are done.

I do sneak in references, but they’re inconsistent and usually very “blink and you miss it.” Like a character saying “As you wish” or “I’ve got a bad feeling about this” is probably intentionally done to make you think about something I like. I have a place in my Green Princess trilogy where a character randomly offers another character a blueberry … I have an island named San Azula which has been referenced in three of my series.

However, there is absolutely no consistency. I don’t even know I’m going to throw in a reference until it pops up, and I’m like, “HA! Look at that joke I just made.”

I hear there’s a funny story behind the cover for “To Court a Queen.” Care to tell us about it?

I actually commissioned the cover before I wrote the book. I knew the idea was strong enough that if I started it, I would finish it, and I also wanted to be able to easily adjust the character’s physical appearance based on what stock images my cover designer could get her hands on … it turned out the favorite image for both me and my designer was of a girl next to a horse.

My cover designer was like, “Is there a horse in the book?”

I kind of shrugged and said, “It’s fantasy. I’m sure I can fit in a horse.”

Have you ever tried to shoehorn a horse into a book that you hadn’t intended to put a horse in? Horses do not slip into books as easily as I thought they would. I wrote half the book with an imaginary horse glaring at me going, “Well, when are you going to put me in the book?”

I eventually found a place for the horse. His name is kind of another Easter-egg, but one you’ll probably need to google if you aren’t into obscure Middle Earth lore.

Who’s your favorite character in “To Court a Queen” and why?

Devin is hilarious to me. He’s always skating on the line between charming and a little bit of a jerk, but mostly manages to keep on the charming side. He plays up his own flippancy a lot, protests too much that he doesn’t care about things when he obviously does. I have a soft-spot for the rogue with a secret heart of gold, plus he’s just fun to write for. He can get away with a lot of stuff other characters couldn’t.

Hey, there’s even a book tour! Check out the other stops:

2 Replies to “To Court a Queen – Review”